Currently I am trying to learn C++ and using the Qt framework. Every now and then the linker complains "NOTE: a missing vtable usually means the first non-inline virtual member function has no definition."

I've googled what that means in detail and hunted down most of the bugs that caused this "message of horror". But right now I am sitting in front of a piece of code that is, well, correct. At least I can't see any errors and not why the linker complains. My fault for sure. Let's see where this journey ends.

Some articles gave a hint for a new run of the moc compiler to create the stuff that comes in your code with QObject. That sounded sane first, because I have added QObject to the class later during coding to use signals and slots. It was a pure C++ class first. On the other hand I have done the clean/run qmake routine some times now - just to be sure.

But curiosity led to me to have a closer look to the filesystem, since the moc compiler should create some files in the destination directory. It did. The mess was in the source directory: I had changed a class from .CPP to .MM because it got some Objective-C code. Well, QtCreator left the .CPP file where it was and made a new copy. Thus during compiling this file caused the trouble (what is somehow mysterious in itself: the .CPP file wasn't mentioned in the .PRO file).

Ok, all is fine now...should be...added a signal and a slot and even after the clean/run qmake routine the message comes again. 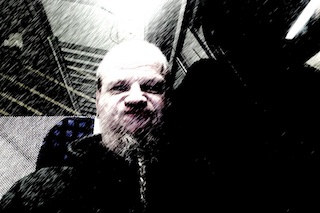 But that's another story...!